On February 12, 2018 the White House budget proposal was released, outlining Trump's priorities for funding the 2019-2020 school year (Fiscal Year 2019 or FY2019). This proposal included cutting the same two major programs that Trump proposed to cut for FY2018, Title II and 21st Century Community Learning Centers (Title IV, Part B). According to an Education Week article, "The president's budget is almost always dead-on-arrival in Congress, which is already poised to reject many of the cuts Trump proposed last year, including getting rid of the $1.1 billion 21st Century Community Learning Centers program."

The response from Congress to Trump's FY2018 budget cuts indicated that Congress controls what gets funded in appropriation bills, not the President. Congressmen were reported to say things like, "The President can propose what he wants, but Congress has the ultimate say in what gets funded." And the U.S. House and Senate bills for FY2018 retained funding for the 21st Century Community Learning Centers program. So the chance that this funding will be cut in FY2019 is extremely unlikely.

With the recent passage of ESSA (just a little over 2 years ago), many congressmen were also a bit offended that the president would want to completely cut some programs. Congress just rewrote the law, which authorized funding for the programs Trump proposed to cut. So the sentiment was such that congressmen felt insulted that Trump would want to cut funding to programs that they just recently included in the laws rewrite. If Congress didn't see value in these programs, they wouldn't have included them in the rewrite. 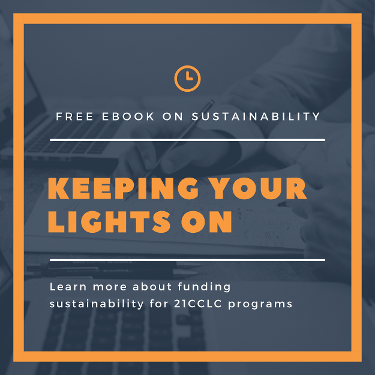 It will be interesting to watch how the budget process works out. Currently, the government is operating in FY2018 on its fifth Continuing Resolution or CR (a bill that temporarily funds the government at mostly prior year funding levels). Thus, no FY2018 budget is in place and the current CR expires March 23rd. With this in mind, proposing an FY2019 budget seems to blur some edges. Once an FY2018 solution is in place, things may become more clear in terms of what an FY2019 appropriations bill will look like.

Congress also has some significant motivation to pass an FY2019 appropriations bill. This is an election year. Congress does not want to be in a budget battle with potential government shutdowns at the end of September with elections only 5-6 weeks away. Having an FY2019 budget firmly in place will be perceived in a much friendlier light than a government shutdown or another Continuing Resolution.